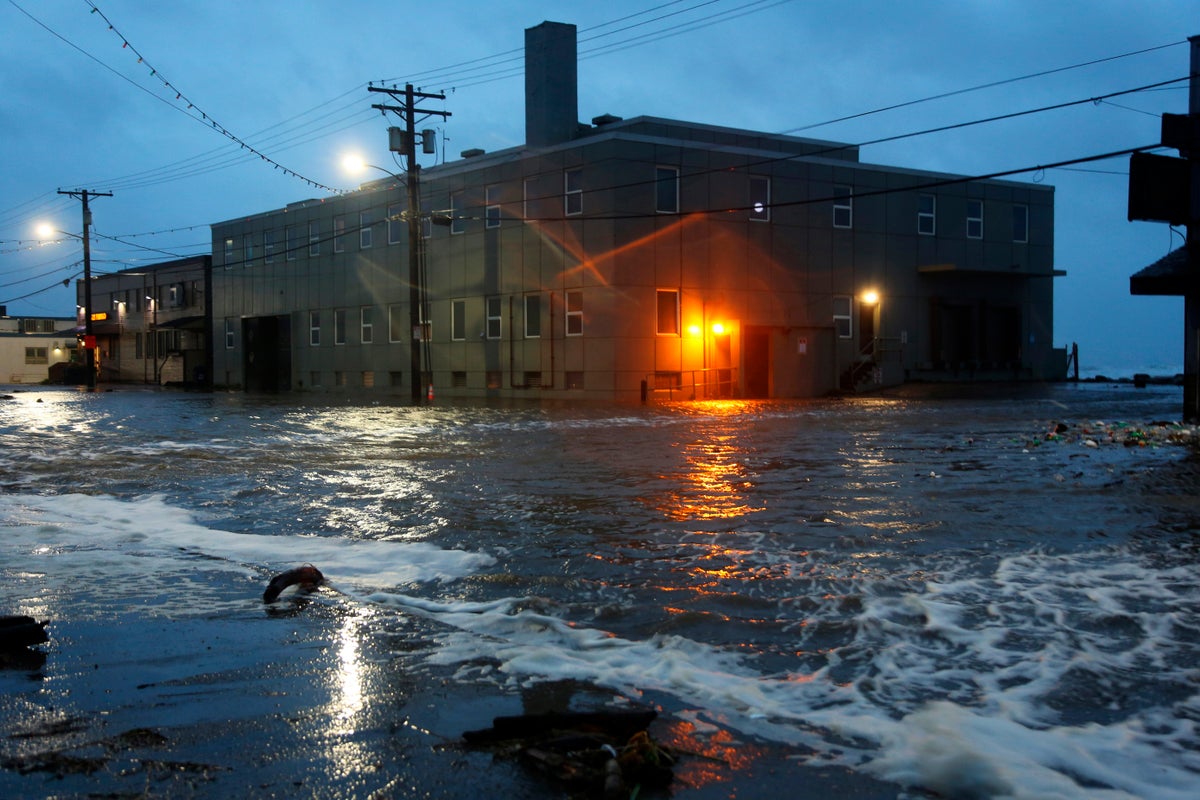 There was significant damage to some roads and homes in parts of western Alaska after last weekend’s devastating coastal storm, Governor Mike Dunleavy said Wednesday after visiting some communities along the state’s vast coastline.

“Most of the time, people are recovering and digging,” he told a news conference.

There were no injuries or deaths after the storm, the remnant of Typhoon Merbok, traveled north across the Bering Strait. It brought tidal waves and strong winds that ripped through main streets in several communities and toppled homes in what has been described as the worst storm in half a century.

About 21,000 people living along a 1,609-kilometer stretch of Alaska’s west coast — a distance greater than the coast of California — were affected by the storm.

Among the hardest hit communities was Nome, famous for being the finish line for the Iditarod Trail Sled Dog Race every March.

Ryan Anderson, head of the state’s transportation department, said many repairs were needed, including repairing torn pavement on the city’s main street and removing debris from the storm.

Two bridges on the road are in good condition, but the approaches so the bridges were damaged.

The state has already connected with contractors in Nome to begin street and road repair work, and engineers are on hand. “This work is happening immediately,” he said.

They are working with contractors to repair damage in other communities. A plane for surveyors is waiting for better weather in Nome to fly.

“We’re going to map this entire area along Norton Sound to make sure we’re documenting this damage and moving forward to repair it,” he said.

The most damage in Golovin occurred on a spit, where houses were hit by waves and torn from their foundations. Large shipping containers were spread up to 3 kilometers across the bay, Dunleavy said.

There are few roads in western Alaska and none that connect to the state’s contiguous highway system, leaving communities dependent on air travel. Anderson said the airports weathered the storm well.

“All airports on the west coast are operational, and as of today, all of our lighting systems are up and running,” he said.

Dunleavy said it was too early to determine the cost of all the repairs, but he hoped to get some estimates for roads and airports within a few days.

The state’s director of emergency management, Bryan Fisher, said the state is awaiting a response whether its request for a federal disaster declaration to bring in additional resources, personnel and financial support will be approved.

Dunleavy on Saturday approved a state disaster declaration. Fisher said they’re focused on getting supplies like plywood, insulation and tin to fix roofs “to make sure we can button up houses and make sure residents have a safe, warm place to be before winter sets in.”

Read More :   How many seasons are there of 'Chicago Med'?

About 130 members of the Alaska National Guard and other military organizations were deployed to help remove debris and clean up after the storm, as well as talking to residents.

“We want to go out with compassion and talk to people and make sure we’re meeting their needs,” said Major General Torrence Saxe, assistant state general and commissioner of the Department of Military and Veterans Affairs.

Dunleavy said he plans to visit those communities again early next month to see how much progress has been made.

Despite the logistical issues, Portola emerges as a phenomenal festival of the first year [Review]