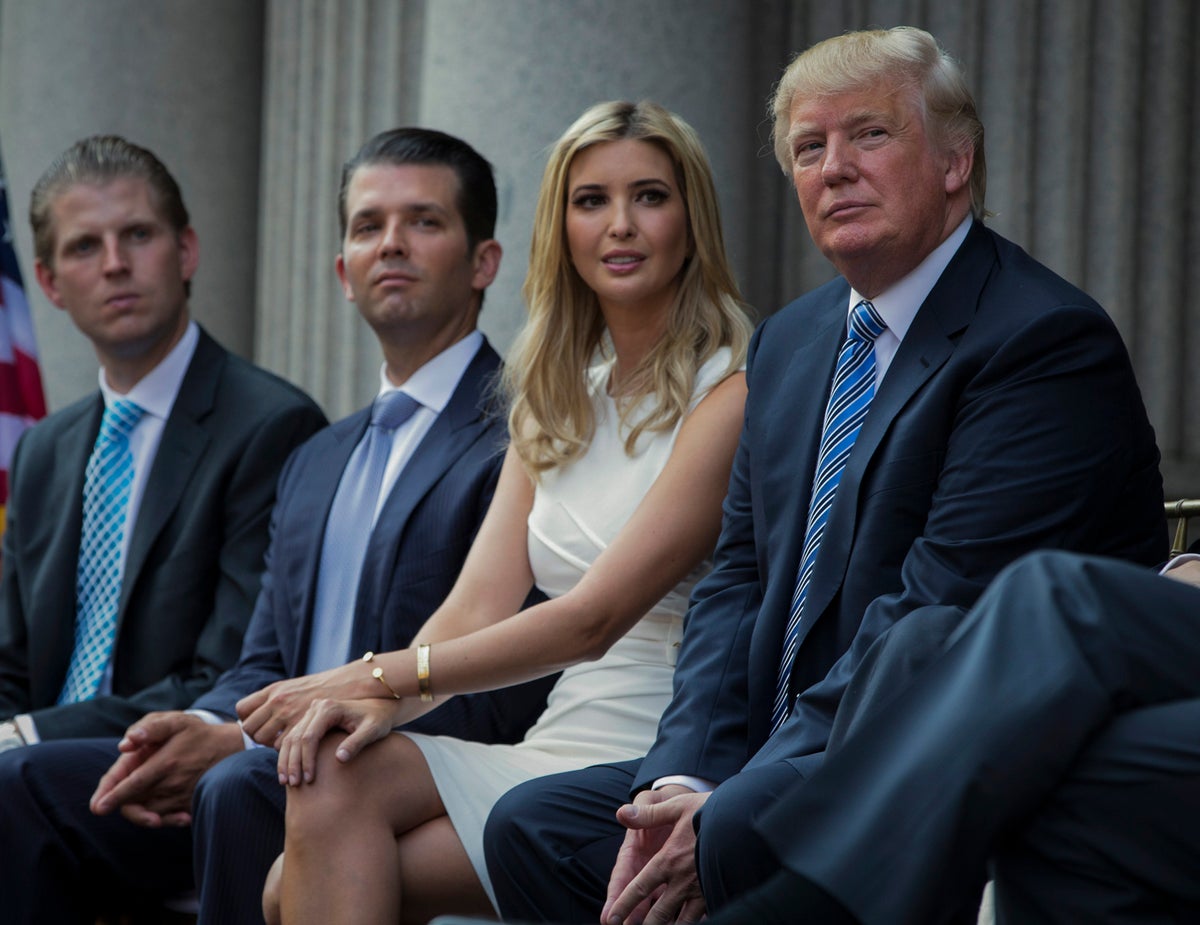 Donald Trump could be barred from doing business in the city and state of New York under a new lawsuit brought by prosecutors who accuse him and his adult children of fraud.

In what would be one of the most devastating blows ever to the former president and his business empire during his long and tortuous history, New York Attorney General Letitia James said it was clear that Trump and his adult children were knowingly involved. in fraudulent acts to mislead people about the value of their business holdings over many years.

She said she was planning to refer the case to the Manhattan District Attorney if requested, and for criminal referrals to the Southern District of New York, as well as the criminal division of the Internal Revenue Service (IRS).

“I want to be clear: white-collar financial crime is not a victimless crime,” James said Wednesday.

She said the “conduct cannot be dismissed and dismissed as some kind of good faith error.”

She added: “Financial condition statements were greatly exaggerated, grossly inflated, objectively false and therefore fraudulent and illegal,” she added. “And as a result of that, we are seeking relief, and Trump, the Trump Organization, his family – everyone must be held accountable.”

In releasing the details of a 200-page civil suit, James, his team, identified more than 200 cases in which he or his company made “several dozen fraudulent, false and misleading representations” over a 10-year period.

The suit specifically highlighted what it called “200 false and misleading assessments” of the chief president’s business in the state. She said Trump’s adult children, Donald Trump Jr, Ivanka Trump and Eric Trump, also helped falsely inflate the valuation of the Trump Organization’s holdings.

She said she wanted these children barred from remaining as office holders for any company in the state and was seeking the return of $250 million that she claimed her class actions had improperly collected.

Also named in the lawsuit were Allen Weisselberg, former CFO of the Trump Organization, and Jeff McConney, another longtime executive at the company.

James is a Democrat and Trump has previously insulted her as a “renegade prosecutor” who he said was carrying out a “vindictive and selfish fishing expedition”.

The Trump Organization called its previous allegations “baseless” and denied any wrongdoing. On Wednesday, a statement from the Trump Organization said the lawsuit “represents the culmination of nearly three years of persistent, targeted and unethical political harassment” by James.

“An attorney general must be fair, impartial and impartial – not arm his office to seek political revenge or target his political opponents. Today’s presentation by Attorney General James sets a dangerous precedent – ​​not just in New York, but for our entire nation. The good people of New York should be disgusted,” he said.

Unlike most previous US presidents, Trump did not establish blind trust for his business interests when he entered the Oval Office in January 2017 and controversially said his two sons would remain in charge. The measure was widely condemned at the time.

“Stating that you have money you don’t have is not the same as ‘business art‘” she said, referring to Trump’s most famous book.