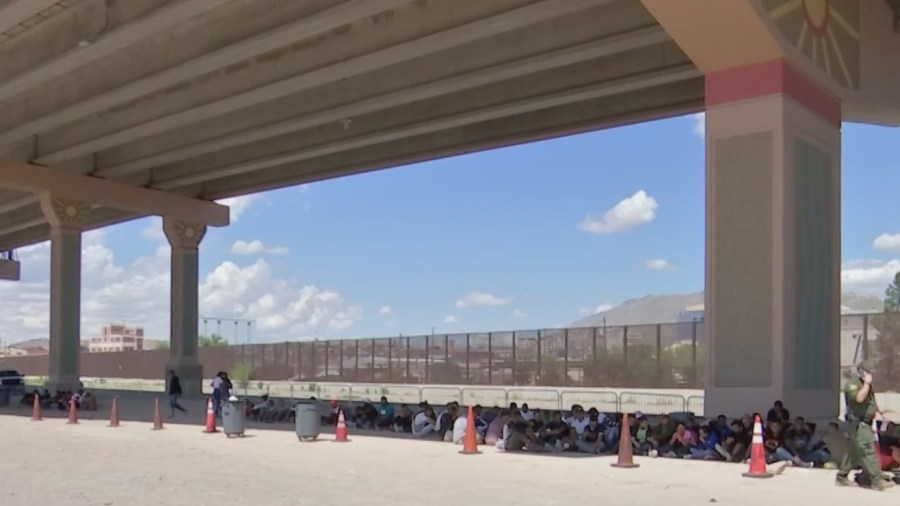 EL PASO, Texas (NewsNation) – The crisis is deepening in El Paso, where hundreds of immigrants have been freed in so-called “street releases” amid an increase in illegal crossings that overwhelm the US-Mexico border.

The U.S. Border Patrol is so overwhelmed in the region and shelters are at capacity – a processing center is three times its normal capacity, non-profit shelters are starving for beds and volunteers, and a sudden spike in arrivals from Venezuela is ineligible for expulsion. the Borders Report reported.

As a result, Border Patrol was forced to release more than 1,000 parole immigrants on the streets of El Paso on Tuesday.

Also, many Venezuelans are staying in El Paso longer than they would like because they don’t have American sponsors and don’t have the money to leave.

Many of these migrants are now gathering and living in tents under overpasses and sidewalks along Overland Street.

The county is calling the releases a matter of public need that requires immediate action. Local officials say they are managing the crisis and say that for every migrant seen on the streets of El Paso, 10 were sent by the shelters to their final destination.

DeSantis puts migrants on a flight to Martha’s Vineyard

“It’s a manageable crisis now. We would love for the community to understand that and see 300-400, but what you’re not seeing is the 3,000-4,000 we can sue and ship across the country,” said El Paso County Judge Ricardo Samaniego.

El Paso city officials are working to ease the pressure by evacuating people from the city as quickly as possible. On Monday, they approved a $2 million contract for a charter bus company — and are counting on the Biden administration to reimburse them. Office of Emergency Management personnel can be seen on Overland Street on Tuesday recruiting migrants for the next bus to New York City, according to the Border Report.