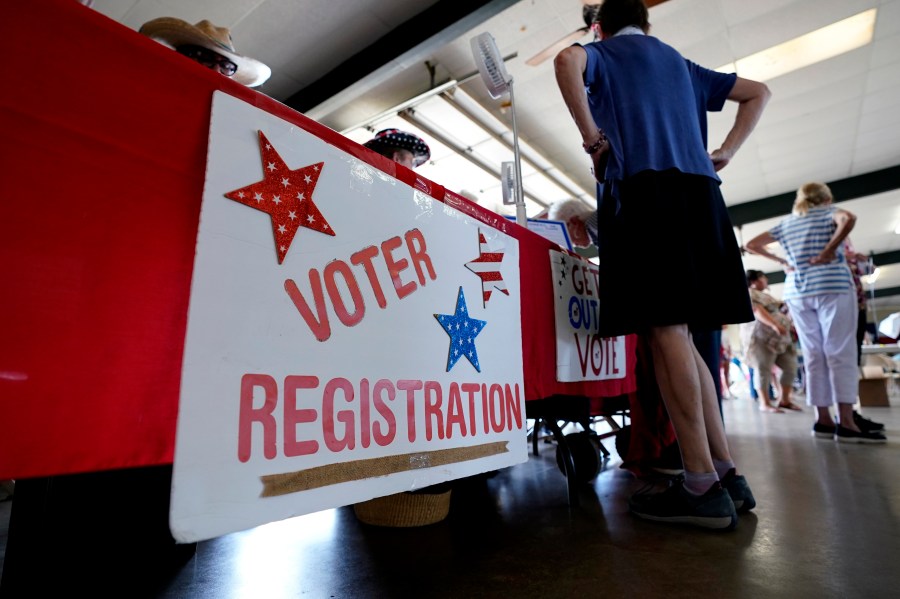 (NewsNation) — Lydia Dominguez is proud of her Latino roots. She was born in Mexico, moved to El Paso, joined the Air Force and now lives in Las Vegas with her two children.

For most of her life, Dominguez identified as a Democrat – she voted for former President Barack Obama twice.

“I remember when I was a kid and I asked my mother, ‘What’s a Democrat and what’s a Republican?’” Dominguez told NewsNation. “She turned and looked at me and said, ‘Mija, Democrats are for the poor and Republicans are for the rich and we’re poor, so we’re Democrats.’

However, like other Latino voters, Dominguez is starting to change his views, now leaning more conservatively. The change did not happen overnight, however. This happened when Dominguez began to analyze her beliefs on issues such as abortion, which she does not agree with, and gender.

Concerns about the economy and high taxes also made Dominguez begin to move politically to the right.

“I didn’t know I was conservative until I really looked at myself and my values ​​and said I don’t believe it,” she said. “I no longer believe in this movement.”

Electoral integrity at the polls in November

In a new poll by the New York Times and Siena College, it’s clear that the economy is the top issue for Latino and Latino voters — but they’re basically divided over which party they think can solve it.

Lorena Cárdenas is planning to vote Republican in the midterm elections.

“Growing up in the minority group with Hispanics, I saw a lot of poverty, a lot of people were getting welfare, and I realized that was a big incentive to keep voting Democrats,” Cárdenas said. “However, it was all Democratic policies that very much contradicted the way our values ​​were aligned.”

A New York Times poll shows that most Latinos will still vote Democrat — but the margin is shrinking. While the majority of Hispanic voters (56 percent) still plan to vote Democrat in the fall, the party is faring “far worse” with this demographic than in the years leading up to the 2020 election, the New York Times noted.

The Wall Street Journal found that in the last presidential election, nearly 4,000 Latinos turned to the GOP, and the publication is reporting that Hispanic voters are emerging as a “swinging group.”

Judith Whitmer, chairman of the Nevada Democratic Party, said a common mistake both political parties have made in the past is to assume certain demographics are loyal to them and take them for granted.

“I think whenever that happens, the current administration takes the biggest blame for it, when the reality is there’s a whole range of things that cause inflation,” Whitmer said.

However, Dominguez said that while the economy was part of his decision to become Republican, it is not the only reason. She says she felt disrespected by Democrats on social issues, such as their use of the word “Latinx.” The word has been used as a gender-neutral alternative for Latinos and Latinos.

“I think the Latinx thing was really weird and not appropriate,” Dominguez said. “I think they think we are ignorant. I think they treat us like children sometimes with kitty gloves and don’t treat us with the respect we deserve.”