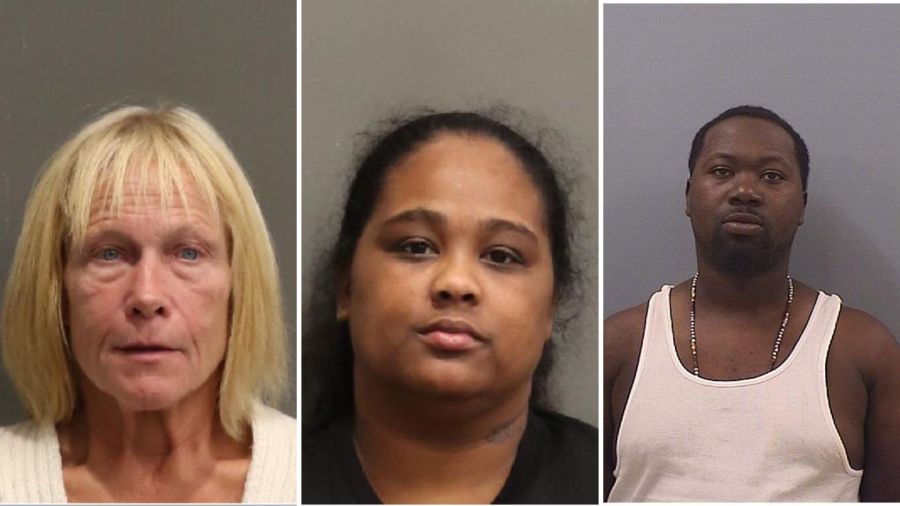 HENDERSONVILLE, Tennessee (WKRN) – Three people were arrested Thursday after they were caught breaking into vehicles in connection with a check cashing scheme.

Police were able to identify the vehicle involved in the break-ins using license plate readers. Upon further investigation, police determined that the robberies were linked to a check cashing scheme that took place in Goodlettsville. This incident involved a check that was stolen during a robbery in Knoxville.

Hendersonville police, with the help of Nashville International Airport Police, found two suspects while trying to swap the Mitsubishi for a different vehicle. The two suspects were identified as Laura Powers, 61, and Tavara Harris, 33.

Officers later found a black Nissan Rogue at a hotel on Elm Hill Pike and found 28-year-old Tevis Robinson inside. Investigators determined that Robinson was the man seen on surveillance video stealing vehicles in Hendersonville.

Harris will also be charged with identity theft and also had active Florida warrants for similar incidents.

Read More :   Gogglebox viewers react as the Malone family reveals a new addition to the family

Anyone with more information about these cases should call Hendersonville Police at 615-264-5303 or Crime Stoppers at 615-594-4113. Tips can also be submitted using the P3 Tip Mobile app.

Can a community movie still be relevant and funny in 2022?