Home News Donald Trump being sued: Trump and his children are in a lot of trouble 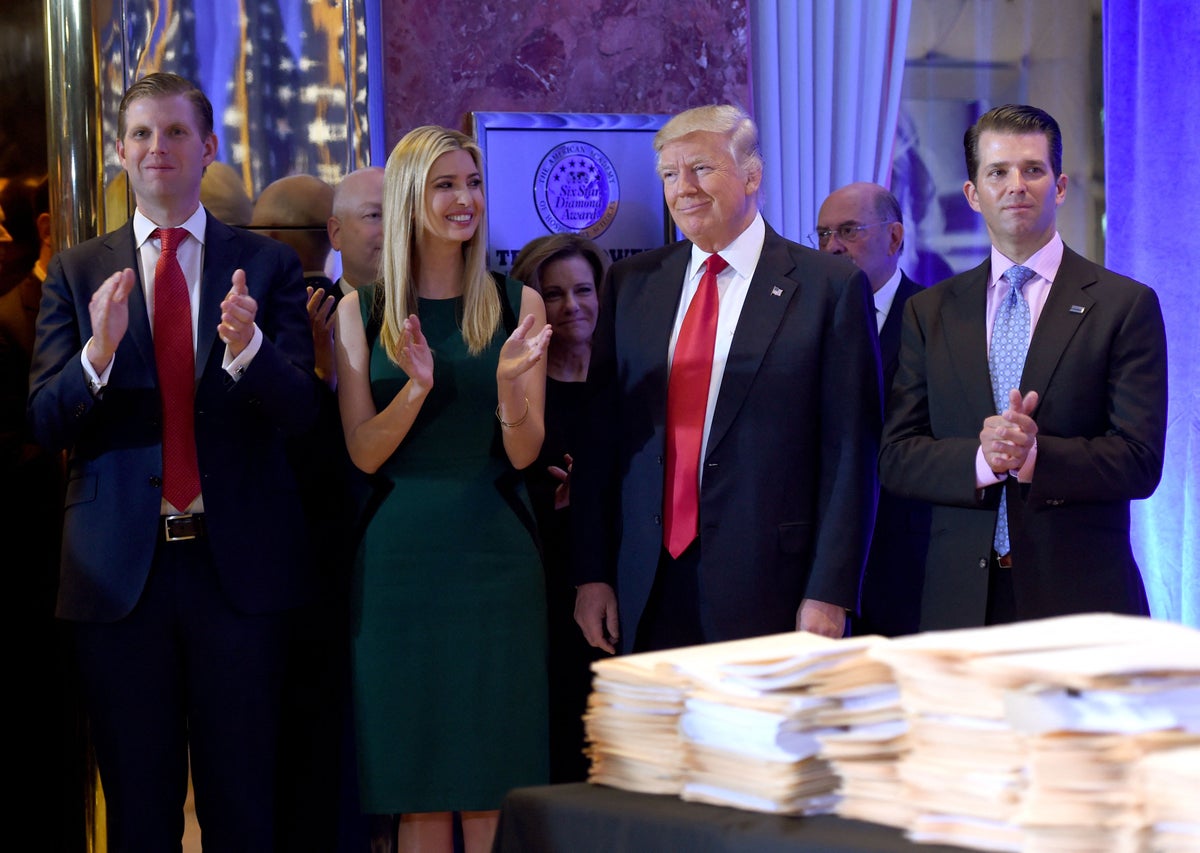 It’s not a good time to be a Trump.

In a press conference announcing the 220-page lawsuit, James accused Donald Trump and his family of a decade of fraud in no uncertain terms: “With the help of Donald Jr, Eric, Ivanka and other defendants, Trump illegally inflated and deflated. his net worth in the billions to obtain and repay loans, obtain insurance benefits and pay lower taxes. In short, he lied to gain huge financial benefits for himself.”

James went on to analyze specific examples of Trump Organization fraud in great detail. She said her office found fraud related to 23 assets that were inflated every year between 2011 and 2021, totaling more than “200 false and misleading reviews”. These misleading asset valuations were allegedly used to trick lenders into obtaining loans and to trick tax authorities into avoiding taxes. This shows just how expansive Trump’s fraudulent schemes were.

James was keen to point out that these decisions were not being made by some low-level Trump Organization officials. She claimed that all of these financial statements were certified as accurate by Donald Trump, Donald Trump Jr., Weisselberg or other Trump executives.

As a penalty for this alleged fraud, James is asking for the cancellation of Trump’s New York business certificates, a permanent ban on Trump and his children named in the lawsuit from serving as directors of companies in New York, a five-year ban on Trump. . from the purchase of commercial real estate in New York and $250 million in restitution.

In addition to the civil suit, James said he found evidence of illegal conduct. His office made criminal references to the IRS and federal prosecutors in the Southern District of New York. It’s also worth noting that just last month, Allen Weisselberg pleaded guilty to criminal charges amounting to 15 counts, including conspiracy, larceny, criminal tax fraud and falsifying business records. One wonders what your level of cooperation will be with these new criminal references if these charges are prosecuted.

Trumpworld is responding as expected. Donald Trump posted on the right-wing social network Truth Social, claiming that everything is a “witch hunt”. Trump’s attorney, Alina Habbamp, responded to the lawsuit by claiming that it is really about advancing Letitia James’ political career. Donad Trump Jr. responded on Twitter, saying that “the Dem Bull witch hunt continues!” Eric Trump echoed his older brother and father, also referring to the investigation as a “witch hunt”.

Donald Trump and his family were given the chance to dismiss these accusations and tell their side of the story. Most did not accept. Donald Trump chose not to answer any questions from the GA of New York, choosing instead to plead the Fifth Amendment in an effort to avoid self-incrimination. Eric Trump defended the Fifth in over 500 questions. Weisselberg invoked the Fifth. In fact, only Donald Jr. and Ivanka answered questions put to them. It’s worth noting that in 2016 Donald Trump infamously said, “You see, the Mafia takes the Fifth. If you are innocent, why are you accepting the Fifth Amendment?”

Trump and his family can shout “witch hunt” all they want, but anyone who watches a video of today’s Letitia James press conference or reads this massive lawsuit with an objective eye will see that the evidence is overwhelming.

The Trump family’s decades of fraudulent business activities have been well known for some time, from the Trump Foundation to Trump University. But even people who have been reporting on Trump’s business practices for years are stunned by this new evidence. In testimony from the New York AG Office investigation, New York Times Reporter David Fahrenthold – who specializes in coverage of Trump corruption – said even he is surprised by some of the allegations in this lawsuit. The evidence amounts to decades-old deliberate fraudulent practices that have been used to fatten the pockets of Trump, his family and his executives.

Donald Trump has built his entire brand on the lie that he is a brilliant, self-taught businessman. We already knew that Trump was not “made for himself” after The New York Times newspaper reported that he received at least the equivalent of $413 million from his father’s real estate empire using shady methods, sometimes constituting fraud.

Now, we have the highest-ranking law enforcement official in Trump’s home state legally describing that the former president is not worth what he claims and that he has committed fraud in his effort to inflate that amount. “Stating that you have money you don’t have is not ‘The Art of Business’ – it’s the art of stealing,” James said. A step towards accountability was taken today, but it was also a giant blow to Trump’s ego.

Read More :   "Such a big W" "Maybe they can get the bare minimum to get by now" – United States KNews.MEDIA

When you build a house of cards on a foundation of fraud, you are bound to fall. We may well be witnessing the beginning of the end of Trump’s lifelong deception.