War is Hell: Germany’s Oscars Entry Offers A Slashing And Brutal Depiction Of World War I 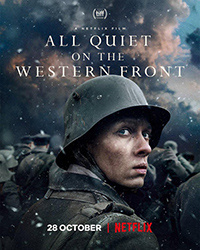 The most haunting image of the filmmaker Eduardo Bergerthe most recent take of All quiet on the western front it has nothing to do with blood, bullets or limbs ripped from their bodies. It’s a small pile of badges scattered on the floor, ripped from the collars of military jackets, as they are passed around to be worn by the next wave of faceless young soldiers waiting to be served as cannon fodder on the front lines of WW1. world. The quiet scene is an exception, as Germany’s meticulously edited and brutally violent Oscar entry focuses on the visceral and terrible marrow of the Great War. And while it’s an accomplished effort, the film strives to offer any distinction from cinema’s long line of equally detailed images of the human cost of endless conflict.

It’s 1917 and the war lasts three years. Paul Bäumer (Felix Kammerer) and his young friends rush to enlist, eager to prove themselves worthy of the Iron Youth mantle, the nickname for the country’s strong, resilient and proud male adolescence. However, their lively and playful eagerness at home as they don uniforms, train with weapons and dream of leading their country to glorious victory quickly turns to horror the moment they arrive at the theater of war.

Under gray skies, they land near the front lines, where the bodies of their countrymen lie in agony in a field hospital. Chaos reigns around them as they are driven into cold, muddy trenches. They are sent to no man’s land, where they watch the boys they grew up with being instantly shot and killed. As the film’s final titles remind us, World War I was fought on swaths of terrain hundreds of meters wide, with both sides hardly advancing their position throughout the war. This brutal futility marks the core of Berger’s film, as Paul’s patchwork brotherhood becomes veterans of the battle simply by staying alive.

Contrasting the film’s uncompromising gaze with boots treading through the mud, blades piercing the skin and blood pooling in the organs is the political negotiations to end the war with Daniel Brühl’s Matthias Erzberger, our replacement in the back rooms and train cars. of Germany’s top officials. Here, sitting in plush chairs and dining on sumptuous multi-course meals, the discussion of war still speaks of noble ideals and saving face, even as young soldiers are obliterated on multiple fronts across Europe. Deeply aware of the staggering loss of life, Matthias tries to guide the political leadership towards a ceasefire, keeping in reserve the desperation he has for a quick end, aware of the harsh reality that Germany has lost. It is a position that has not yet been accepted by many around him. 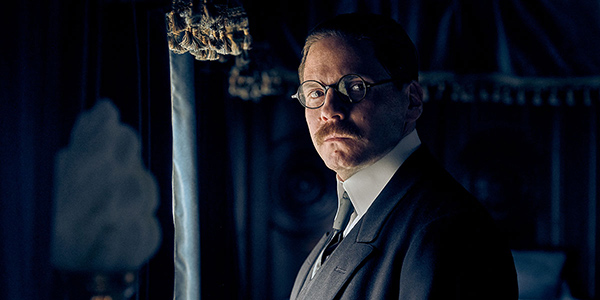 Working with cinematographer James Friend, Berger excels at finding moments of cruel beauty in the film’s endless savagery. Misty blood mixes in the air with the hanging smoke, softly punctuating the film’s silent palette of steel gray, icy blue, and reddish brown. The camera captures both the claustrophobic clutter of the trenches and the eerily tranquil stretch of fields and forests just beyond the areas where young people are tearing each other down to advance an inch. Volker Bertelmann’s score heavily highlights the ferocity of combat, with traps sounding like rifle fire and industrial-sized synths rolling like an unstoppable battalion of tanks. There is no stone unturned, undocumented suffering or unopened wound to communicate the stench of death that is war.

Marking the third adaptation of Erich Maria Remarque’s 1928 novel after Lewis Milestone’s groundbreaking and Oscar-winning 1930 film and Delbert Mann’s largely forgotten 1979 version, Berger’s is notably the first German interpretation of the material from German origin and of course the harrowing anti-war message aptly takes center stage. But the question that hangs over the film is what it offers that the post-Saving Private Ryan war cinema era not yet. Steven Spielberg’s film – particularly its opening sequence in Omaha Beach – will likely serve as a common comparison to Berger’s film, which offers an equally grim and realistic portrayal of barbarism on the battlefield.

For all its faithful wartime depiction and deeply moral narrative, All quiet on the western front has trouble sustaining its nearly two-and-a-half hour runtime. Once it becomes evident that Paul and his brothers can only overcome their fate for so long, the picture becomes more deadly than heartbreaking. Perhaps this reflects the cynicism of our current era, when contemporary conflicts play out on social media, that the nightmarish realities of trench warfare can seem outdated. We get it – war is hell. So what’s next?