Home News Adults moving back in with their parents 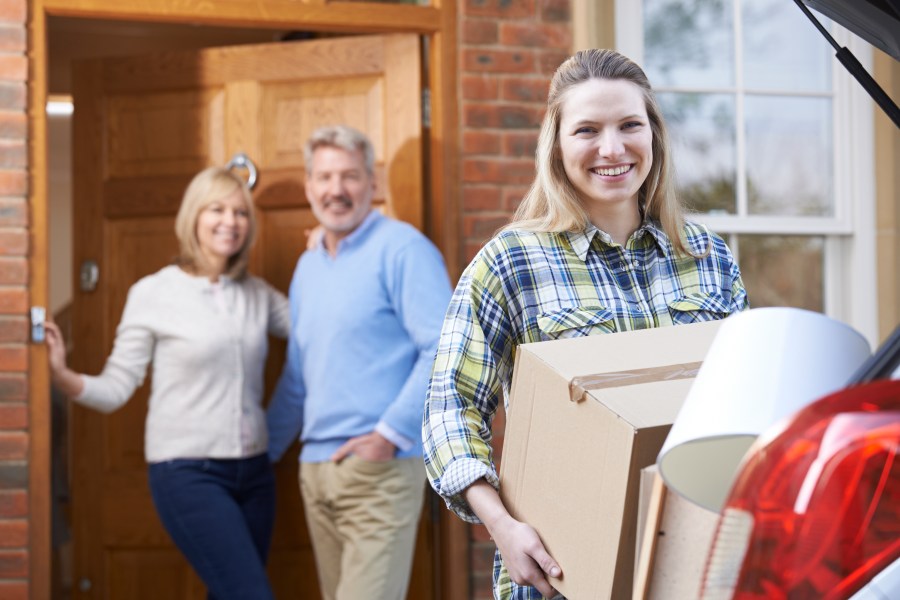 (NewsNation) – Many Americans are faced with a brick wall after graduation, struggling to find employment even with a college degree; while others are struggling financially due to student loan debt and looking for affordable rent. This has led to an increase in “boomerang children” returning home to their parents.

“It’s called a ‘boomerang boy’ – it’s someone who leaves the house and then comes back,” explained Stacy Kaiser, a psychotherapist. “I’m seeing more of this than ever before.”

The onset of the pandemic triggered a massive wave of boomerang children returning home, and now around 67% of that group is still at home.

Zoe Czerenda is back in her childhood bedroom in Connecticut, more than three years since she graduated from college. Now, the 25-year-old regrets the bedroom color she chose as a teenager.

“It’s this horrible blue that I decided to paint when I was 13, 14 years old,” recalled Czerenda. “This pink rug has been here since they moved here when I was in my mother’s stomach.”

Czerenda did not plan on working remotely from her parents’ home, but she has student loan debt and earns less than $55,000 a year working for a pharmaceutical company.

According to data from the Pew Research Center, 25% of young adults between the ages of 25 and 34 are living at home with their family – a big change from 9% in 1971.

“They say you must earn three times the rent to pay; I don’t,” she said. “Most of the people I graduated with live at home with their parents, many of whom also work full-time.”

“When I got out of college, I got a car, a job and an apartment and it bothers me that it’s hard for our kids now to be able to do that,” said Mike Czerenda, Zoe’s father.

Does college still pay off? It may depend on where you go

According to Kaiser, ground rules must be established before a boomerang boy returns.

“This could include things like paying rent or having to have a job, or making sure you do chores to be part of the home community and not just get food stamps,” she said.

Zoe hopes to be alone again within a year, but her parents have no schedule.

“Everyone I know lives with someone or at home,” Zoe said. “It’s strange that it’s the norm, but it’s also very comforting to know that I had a family to come home to.”