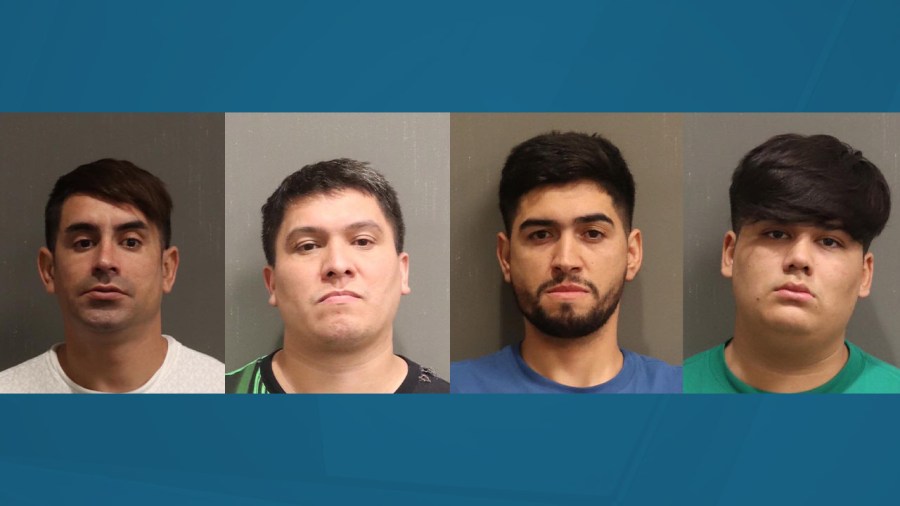 FOREST HILLS, Tennessee (WKRN) – Four men are in custody but refuse to speak to police following a robbery in Forest Hills.

The crime took place on Wednesday night and the suspects were arrested shortly afterwards.

The preliminary investigation between Metropolitan Police and Brentwood Police shows that four men, believed to be from Chile, stole more than $200,000 worth of jewelry and cash.

Danhrl Pelegrani, 36, Juan Gutierrez, 32, Lucas Oros Valderrnto, 31, and Cesar Hedando Cortez Vlla, 23, are believed to have used a rental car to get to and from the scene of the robbery. Police have yet to confirm the identity of the men, but these were the names the suspects provided.

Surveillance of the SUV led officers to a hotel on Atrium Way, where they blocked the vehicle and took the suspects into custody. Inside the vehicle, officers found the jewelry and two completely black clothes that were still wet and grassy.

Detectives walked the path believed to have been taken by the suspects from the house and found a discarded safe that was stolen from the house.

A search of the suspects’ hotel room led to the discovery of several identities not belonging to them.

Each of the four men is facing aggravated robbery charges.

The group remains under investigation in Williamson County and at least two other states as well.